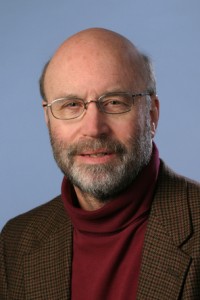 INDIANAPOLIS -- Six Indiana University researchers and scholars have been promoted to distinguished professor, the highest academic rank the university can bestow upon its faculty. The appointments were approved today by the IU Board of Trustees.

The six are biomedical researcher Janet S. Carpenter of the School of Nursing and psychiatric geneticist John I. Nurnberger Jr. of the School of Medicine, both at Indiana University-Purdue University Indianapolis; and Central Eurasian studies scholar Jamsheed K. Choksy, biochemist Craig S. Pikaard, anthropologist Richard R. Wilk and mathematician Kevin Zumbrun of the College of Arts and Sciences at IU Bloomington.

The rank of distinguished professor was created by the Board of Trustees in 1967. The title is conferred by the university president with approval by the board.

ÂThese six distinguished professors have demonstrated sustained records of outstanding contributions across their widely varied disciplines through their research, teaching and service, President Michael A. McRobbie said. All have had a transformative and strongly positive impact on their fields and on the university, exemplifying the highest standards of academic accomplishment, leadership and integrity. It is highly appropriate that they are being recognized with the university most prestigious faculty appointment.

The distinguished professorship recognizes faculty who have transformed their fields of study and received international recognition for their work. Faculty, alumni, students and colleagues nominate candidates, citing outstanding research, scholarship and artistic or literary distinction. Nominations are reviewed by the University Distinguished Ranks Committee, which recommends appointments.

Nurnberger, the Joyce and Iver Small Professor of Psychiatry, is a world authority on the genetics of bipolar disorder and alcoholism. His work has moved psychiatric genetics to a central position in understanding the neurobiological basis of brain disorders.