On Friday, October 23, 1992, Ted Reich, professor of psychiatry at Washington University in St Louis invited, a handful of colleagues (T. Crow, JFW Deakin, L. DeLisi, R. Elston, D. Kirch, J. Nurnberger, R. Todd,) to his department to discuss holding a congress of psychiatric genetics in the USA sometime in 1993. A few scattered events led up to this meeting, one of which was a workshop sponsored by E. Gershon, R. Cloninger, P. Propping and myself with funding and support contributed by Professor Hans Hippius from Bonn, Germany. It was an invited 2-day conference, held in Berlin in 1986 for approximately 30 international senior researchers focused on the genetics of schizophrenia. It’s aim was to discuss the unanswered questions and to form hypotheses to pursue in future collaborations. The success of this workshop let to Tim Crow and Peter McGuffin from the UK establishing The World Congress of Psychiatric Genetics (WCPG) as a meeting of the Biological Psychiatry Division of the British Royal College of Psychiatrists. The first two congresses, first of which was in Cambridge in 1989 and the second in London in 1991, attracted approximately 200 researchers and it was at this last one that there was talk about bringing it to the USA.

Cold Spring Harbor was investigated as an obvious site, but was decided to be too small and then abandoned to the preferences of Dr. Reich who thought that having the first USA congress as a satellite of the American Society of Human Genetics annual meeting in New Orleans in 1993 seemed the best prospect for success. There was much discussion at that seminal October 1992 meeting about the further future of world congresses and how important it would be not to have one person surface spontaneously to decide it was time to organize a meeting. Chaos, competition, and unnecessary political dealings would ensue. Thus, in order to ensure some stability and transparency to the process, for the WCPG, it was decided to form a society of interested researchers and thus to have an advisory Board, program committee and officers that would rotate over the years according to a set of by-laws.

Thus, while the other attendees at the St Louis meeting took roles in the planning of a 1st USA New Orleans meeting, I volunteered to look into the feasibility of forming a society, and proceeding with the necessary pieces. Naively, I thought the first step would be to see if in fact there was interest among our colleagues to belong to such a society. A flyer was developed announcing the society and stating for a nominal fee of 10 dollars one could become a member. The mail quickly began accumulating huge numbers of envelopes (and money) from people wishing to become a member and I only then realized the implications and complexity of beginning a society and its pieces, ie. opening a bank account in the name of a “society”, but first incorporation and non-profit status. These happened within a short time with the aid of my research assistant, Gail Shields, who then lived in Nevada. Thus, we incorporated with Gail as the “resident” administrator, in Nevada for a very small fee and over time gained 501c USA non-profit status. By the time of the New Orleans meeting and the first in person Board meeting of the International Society of Psychiatric Genetics (ISPG) we had a founding Board of Directors (N=8), By-Laws, approximately 300 members, and two life-time achievement prize winners who were honored (Seymour Kety and George Winokur) with an original sculpture of DNA designed and completed by NY artist, Charles Reina . The rest is “history” that many of you have been part of at different times.

The notable events during the past 20 years have been in the 1990’s an established relationship by contract with the journal Neuropsychiatric Genetics and a lesser, but still important relationship with the journal, Psychiatric Genetics. From 1999 to the present, through grants to our respective universities both J. Nurnberger and myself have had USA NIH grants to provide a travel awardee program for students and young investigators and in 2007 we established the travel awardee rapporteur program whereby my office coordinated the reporting on sessions by travel awardees that resulted in a later publication documenting the notable events of the congress. An Educational Day was also established in 2005 to take place 1 day prior to each WCPG for reviews of different aspects of the field for new investigators beginning work in psychiatric genetics, as well as the informed public and media. A notable field trip took place to  Hadamar Psychiatric Hospital in 1998 during the Bonn WCPG to educate genetic researchers about the use of eugenics to form policies about psychiatric patients during the Nazi era and the  resulting extermination of thousands of these patients, bringing to the forefront important lessons from history about the potential misuse of psychiatric information. Other ethical issues were discussed and policies formulated during these 20 years, one dealing with the use of family members for ascertainment of information in genetic studies and the question of who were the “research subjects” requiring informed consent. Another discussion was on addressing the need for a collective society supported statement to the public about the use of genetic testing in psychiatry.

Thus, while the main mission of the society is to educate and facilitate advancement in research on psychiatric genetics, important political and ethical issues involving the use of genetics cannot be ignored and will continue to be discussed. In 2011 the society executive office moved from my university academic office, to be administered by a professional society management company, Parthenon Management Company, under the auspices of the Amercian College of Neuropsychopharmacology and Dr. Ronnie Wilkins as company president. This enabled the society to continue to expand its professional status in coming years and have a consistent organization to its annual congresses. These were and still are exciting times for the uncovering of genetic mechanisms for disease and the ISPG has been at the forefront in facilitating progress toward the understanding of the genetics of mental illness.

The following is a summary of the history of the 25 years of the society to be recorded for future generations of researchers so that they know and understand what came before them: 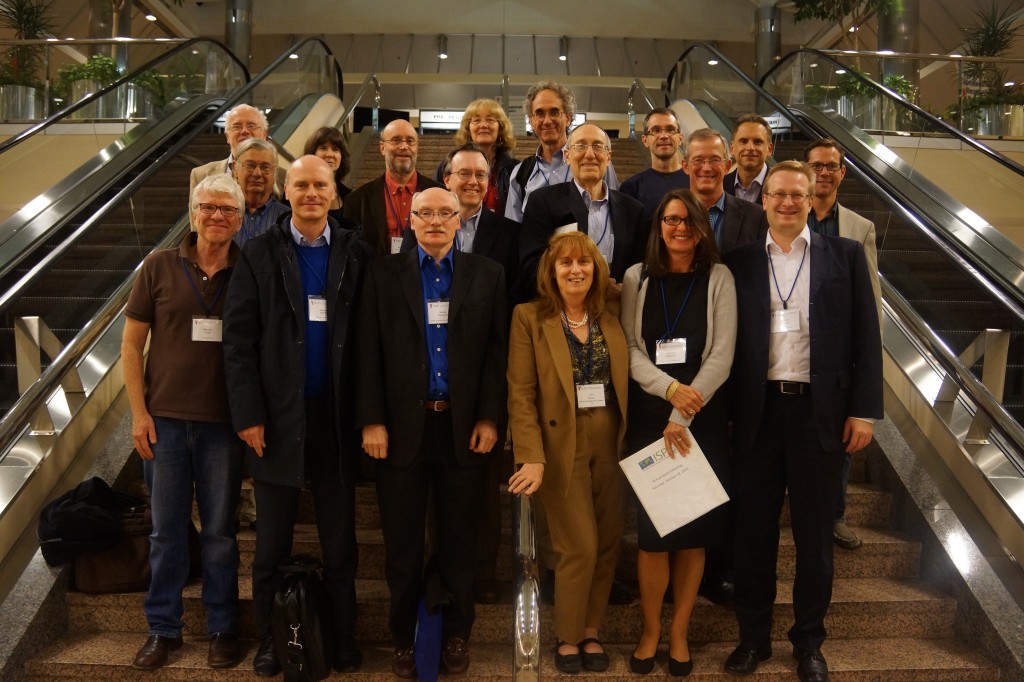