The members of the International Society of Psychiatric Genetics are the organization's greatest asset, a collaboration of physicians, researchers, geneticists, social workers, genetic counselors, with contribution and passion in the field of psychiatric genetics.

On this page the ISPG pays respect to those members who have passed away. 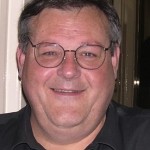 The pioneering psychiatrist Professor Hugh Gurling was determined to find the genes that cause severe mental illness. His resolve to investigate the biological processes underlying devastating diseases such as schizophrenia, manic depression and alcoholism was very much at odds with the prevailing approach in the late 1970s, when the focus in psychiatry was on psychological and social factors. Click HERE to view full obituary. 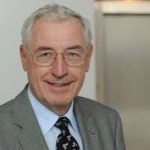 The scientific work of Dr. Propping spans genetically complex diseases, especially affecting brain function such as alcoholism, manic depressive disorders, schizophrenia, epilepsy, and in addition hereditary cancer predispositions. From 1984 to 2008, Dr. Propping was the director of the Institute of Human Genetics of the University of Bonn. 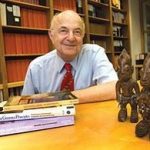 An American professor of psychology who devoted most of his career to the study of the genetics of schizophrenia, Dr. Gottesman has written 17 books and more than 290 other publications, and created the first academic program on behavioral genetics in the United States. Gottesman was a professor in the psychology department at the University of Minnesota.

A neuroscientist, human geneticist and clinical psychiatrist that investigated the genetic causes of psychiatric disorders, including schizophrenia and bipolar disorder. A major focus of her work was to identify susceptibility genes for psychiatric diseases by applying tools developed for understanding and characterizing human sequence variation. Dr. Sklar served as the Chair of the Department of Genetics and Genomic Sciences, and an endowed chair as Mount Sinai Professor of Psychiatric Genetics, and was a Professor of Genetics and Genomic Sciences.