The Lifetime Achievement Award is awarded each year by the ISPG to a scientist(s) who made a major contribution to the advancement of the field of Psychiatric Genetics.

Lynn E. DeLisi, MD is currently an Attending Psychiatrist at Cambridge Health Alliance in Cambridge, Massachusetts and Professor of Psychiatry at Harvard Medical School. In addition, she had been Editor-in-Chief and co-founder of the Elsevier journal, Schizophrenia Research from mid-1980's until 2017.  She was secretary, as well as co-founder, of two professional organizations. The International Society of Psychiatric Genetics (ISPG) was incorporated because of her initiatives beginning in 1992, with support from a board of colleagues. She administered the society from her local office for 18 years as its secretary. Her experience with the formation of ISPG enabled her to also develop The Schizophrenia International Research Society (SIRS). She is an active fellow Emeritus of the American College of Neuropsychopharmacology, past President of SIRS, and currently Editor-in-Chief of the journal, Psychiatry Research.

Her undergraduate degree is in zoology from The University of Wisconsin, Madison, Wisconsin. She obtained her M.D. degree from the Medical College of Pennsylvania. She went on from there to do 3 years of general practice work with the migrant chile farmers of Northern New Mexico, completed a residency in psychiatry at Saint Elizabeths Hospital, Washington, DC and a post-doctoral fellowship and then was a full-time staff research psychiatrist in the NIMH Intramural Research Program, at both St. Elizabeths Hospital and The National Institutes of Health campus in Bethesda, Maryland. In 1987 she left NIMH to assume a professorship at The State University of New York at Stony Brook where she set up several research programs on the longitudinal biological outcome of schizophrenia, emphasizing both brain imaging and genetic studies. During this time she was the first to conduct a longitudinal controlled MRI study that showed progressive brain change in schizophrenia and was a pioneer in developing an international collaboration for ascertainment of families with multiple members having schizophrenia to participate in molecular genetic studies. She completed a large international first-generation linkage study of schizophrenia on a cohort of over 300 families whom she personally evaluated and continued her molecular genetic work through to today finding unique mutations associated with schizophrenia in multiplex families.

From 2001 through 2008 she was professor at New York University Langone School of Medicine and Associate Director of the brain imaging division at The Nathan Kline Institute for Psychiatric Research where she contributed several studies on anomalies of language processing in people at high risk for schizophrenia. She moved to the Boston area in January 2009 where she worked in the Veterans Hospital System for 11 years before recently joining the Cambridge Health Alliance, continuing to focus her research on biological markers for high risk for schizophrenia and the effects of marijuana on adolescents. She has edited and authored over 300 books and manuscripts and aside from editing her own journal, serves on the editorial board of several other journals. In her non-professional life she contributes to her local community of Lincoln, Massachusetts as the vice-chairperson of its Planning Board, as an amateur photographer, and spends time with her multiple family members located throughout the USA. 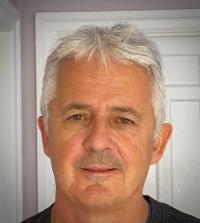 Michael O’Donovan is Professor of Psychiatric Genetics at the MRC Centre for Neuropsychiatric Genetics and Genomics, Division of Psychological Medicine and Clinical Neurosciences at Cardiff University School of Medicine. He was an undergraduate of the University of Glasgow in Scotland between 1976-1983 where he obtained degrees in Physiology and in Medicine. Following mandatory junior clinical posts in general medicine and surgery, he trained in psychiatry and obtained his Membership of the Royal College of Psychiatrists at Dykebar Hospital in Paisley, Scotland. In 1988, he moved to the Department of Psychological Medicine in Cardiff. While completing his senior clinical training there, he obtained a Medical Research Council Clinical Training Fellowship, which supported his PhD studies in molecular pharmacology. In 1992, he obtained an MRC Travelling Fellowship to MIT, after which he rejoined the Department of Psychological Medicine in Cardiff as a Clinical Senior Lecturer and later as a Clinical Professor. In cahoots with the many leading figures in psychiatric genetics who were based in the Cardiff department, including Peter McGuffin, Anita Thapar, and Julie Williams, he has undertaken research in phenotypes spanning birth, neurodevelopmental disorders of childhood through to dementia. However, his main focus has been psychosis research where he has benefitted enormously from long-standing and close collaborations, in particular with Mike Owen with whom he co-leads schizophrenia genomics research in Cardiff, and Nick Craddock with whom he worked on bipolar disorder. He is an active member of the Psychiatric Genomics Consortium, and since 2011, has had the privilege of leading the Schizophrenia Working Group of that Consortium. As a result of covid induced quarantine, he has recently been subjected to a domestic haircut ‘courtesy’ of his wife, Sian, which explains the departure in the accompanying photograph from his usual high standards of grooming.

Theodore (Ted) Reich (1938 – 2003) was the first President of ISPG and was both an outstanding researcher and mentor to young scientists. The award is made for published work on psychiatric genetics that is of exceptional merit to candidates who are 40 years or younger in the year of their nomination. 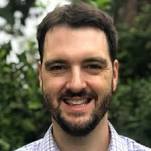 Michael Gandal, MD PhD, is an Assistant Professor in the Departments of Psychiatry and Human Genetics at UCLA and the Semel Institute for Neuroscience and Human Behavior. He received his BS in Engineering (biomedical computation) from Stanford University and his MD/PhD in Bioengineering from the University of Pennsylvania, using electrophysiology to investigate neural circuit dysfunction in mouse models of schizophrenia and autism. He completed his residency training in Adult Psychiatry at UCLA and a postdoctoral fellowship in neurogenetics in the lab of Dan Geschwind, characterizing the genetic contributions to shared gene expression alterations in human brain across several major psychiatric disorders. His recent work with the PsychENCODE Consortium integrated genetic and genomic data across ~2000 human brain samples, identifying an outsized contribution of genetically-mediated neuronal/synaptic isoform dysregulation in psychiatric disease pathophysiology.

GERSHON PAPER OF THE YEAR AWARD

In honor of Dr. Elliot Gershon, the International Society of Psychiatric Genetics presents the Gershon Paper of the Year Award to a recipient who has been published in the past year (June 2019 to present) in the psychiatric genetics field. 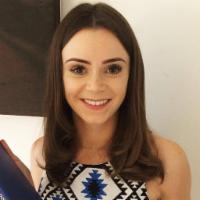 Niamh Mullins, PhD
"GWAS of Suicide Attempt in Psychiatric Disorders and Association With Major Depression Polygenic Risk Scores”
Niamh Mullins is an Assistant Professor in Psychiatric Genomics at the Icahn School of Medicine at Mount Sinai. Her research involves conducting large-scale genetic studies of suicide and bipolar disorder in the International Suicide Genetics Consortium and the Psychiatric Genomics Consortium. She obtained her PhD in statistical genetics from King’s College London.

RICHARD TODD AWARD
Richard Todd (1952 – 2008) was an internationally known expert on the influences of genetics and environment on psychiatric illness in children. The award is given by the Awards Committee for oral presentation in the category of Childhood Psychiatric Disorders. 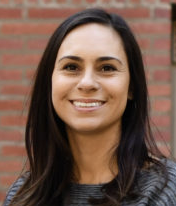 Leanna Hernandez, PhD
Dr. Leanna Hernandez is a postdoctoral fellow at the Semel Institute for Neuroscience and Human Behavior at the University of California, Los Angeles (UCLA). She received her BA in Psychology from the University of Southern California (USC) and her PhD in Neuroscience from UCLA, using genetics and magnetic resonance imaging to investigate neurobiologicalheterogeneity in children with autism spectrum disorder. Her postdoctoral work in the labs of Drs. Michael Gandal and Andrew Fuligni is funded by an NIH Blueprint D-SPAN (F99/K00) Award and investigates the contribution of genetics to structural brain development and the emergence of major psychiatric disorders during childhood and adolescence.

The Hugh Gurling Award is given to an investigator from a non-high income World Bank country, and who resides in such a country at the time of the meeting, for an oral or poster presentation at the WCPG. Finalists selected by the Awards Committee from submitted abstracts will be judged at the WCPG by selected members of the society. The Hugh Gurling Awardee will be announced at the Closing Remarks of the WCPG.